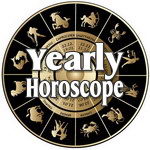 2017 according to the yearly astrology forecast is a part of a process which has started some years ago with transits of major and outer planets such as Uranus, Saturn and Pluto, showing major global changes. Jupiter is the planet of faith, positivism and optimism. It symbolizes expansion and fullness in all areas of life, for good or bad, and is called in the Traditional Astrology the Great benefactor.

The longing to the economic and familial security according to the…

Since last October your financial situation gets a positive turning point,…

Astrological forecast predict that Saturn will entrance this year to your…

Pluto is moving this year to your sign signifies a significant…

Free Yearly horoscope predict that You are going through a major…

During this year, lasting few years later, you are likely to…

It is therefore a good opportunity to make new progress in…

You are in a middle of a process which has began…

On top of this year will be Jupiter’s influence, that will…

Yearly astrology forecast predict that things will turn around in the…

During 2017 Jupiter will be in Pisces, for a short time in Aries and will quickly move into Taurus.
In Pisces Jupiter shows an expanded awareness and a spiritual growth, awakening a sensitive atmosphere in the collective. In Aries it represent a larger energy and it  might bring  to collective into a motivation of competitive  as well as to a too much optimism and enthusiasm of a better future. In Taurus Jupiter can indicate stubborn society demanding its rights improving their monetary situation.
Saturn has a tendency to create tests and challenges in any sign he passes through. Saturn will be in Libra until October 2018. In Libra it will challenge relationships, both private as well as widen such as alliances between countries.
Uranus transits are most noticeable indicate a major life shift. It shows disruptive transformation, conflicts, rebellion, the social field and high knowledge (computers). Uranus will transit into Aries on March 2017 and it cay shows rebellious activity and a freedom movement of a society. In Aries Uranus will increase the search and invention such as a cure for serious illness etc.
The following Predictions and Forecasts are accurate for all 12 zodiac Sun signs.